In Part 3 of the Cambridge English Speaking test, you will have to have a discussion with another person for about 4 minutes '2 minutes each). You will be given some information to read quickly before beginning your discussion. You hear:

Examiner: "Now I'd like you to talk about something together for 2 minutes.

You are asked to advise the cafeteria on how to stop food waste in school. The cafeteria staff has offered you some ideas.

Now, how might each idea encourage students to waste less food? 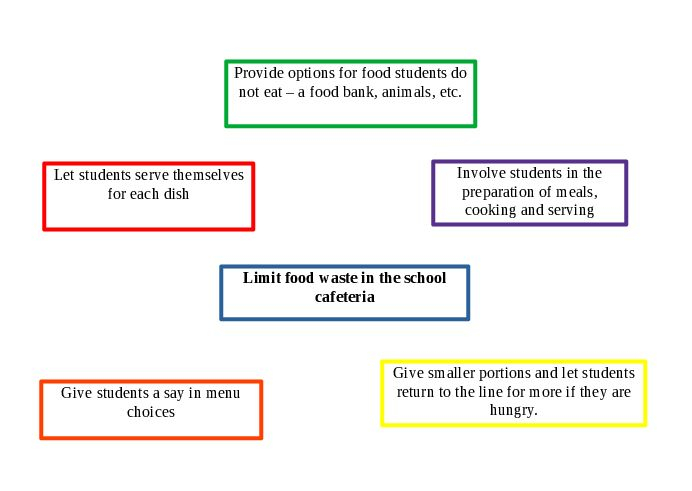 After your discussion, you might be asked, "Which would be the best choice for your school?"

(Remember, you will talk to another candidate about these ideas)

First, I agree that food waste is a big problem. Students take food and then don't eat it, and after they throw it away.

I think if students were able to serve themselves, they would only take the food that they are going to eat. But this would slow down the lines, too, and students don't always have enough time to eat.

Instead of throwing food away, there might be places for the food that we don't eat. Farmers, for example, could give leftover food to feed their animals. I don't think a food bank would want the food that students waste.

Actually, I think that involving the students in the preparation of the meals and serving would help the most. Students would see how the food is made and serve other students. This would help students to think about where the food comes from and where it goes.